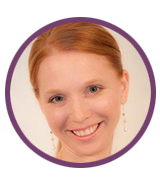 Amy Barth Meehan, originally from Northern Pennsylvania, is the founder and Artistic Director of Premiere Danse Academy. Amy earned her BS in elementary and special education from Misericordia University and masters work in education from St. Joseph’s University. Amy is currently a student in the performing arts program at New York University's Tisch School of the Arts and will complete her program this fall. She began her dance education in the Poconos and later continued her dance studies at Broadway Dance Center and with master teachers in the New York and Philadelphia Area. She is the choreographer for Conestoga Valley High School Musicals and has choreographed for LS Middle School Musicals for 6 years . Amy CoDirects Premiere TEAM. She is the founder of The Tap Intensive. She was a teaching artist for the Fulton Theater for over 5 years. She has choreographed/directed productions for theaters, schools, and cabaret events. Amy travels doing guest teaching and teacher training to share the performing arts beyond Lancaster County. She serves as an adjudicator for NDEO Dance Scholarship Program. Amy has trained dancers that have performed in many local theaters, on National Broadway Tours, Cruise Lines, and for the Miss Pennsylvania Pageant. She has been awarded Who’s Who Among America’s Top Dance Educators and Who's Who Among Leading Small Business Owners . Amy has worked with community outreach programs and organizations in Lancaster County bringing singing, dancing, and acting to children that do not have the ability to attend a dance studio or financially can not afford it. Amy is blessed to share her love for the performing arts with the youth and adults in Lancaster County and beyond.

Amy teaches private classes in ballet, tap, jazz, technique, and audition preparation. Amy can assistant and guide your dancer through the process of finding the after high school college, dance program, or dance company for your dancer. Amy is also available to choreograph audition material for competitions, scholarships, and auditions. 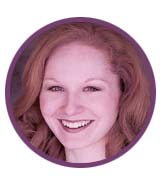 Andrea Calderon, originally from Lexington, Kentucky, holds a BFA in Performing Arts/Dance from Western Kentucky University. Andrea has performed, taught, and choreographed around the country over the past 20 years. Teaching credits include Dove Dance Studio (Oklahoma City), 3D Dance Studio (Sevierville, TN), Sight & Sound Conservatory, Cavod Academy, and Viktor Yeliohin's International Ballet Academy. Currently, Andrea also teaches dance at Lancaster Bible College and The Lancaster Academy of Performing Arts. Performance credits include five years with the award winning show Country Tonite in Pigeon Forge, TN (Matt Davenport Productions) and Branson, MO (Starlite Entertainment) as a featured dancer. She also spent two years working with her husband at Fee/Hedrick Entertainment, where she performed in The Miracle, Joseph... Dreamcoat, and Christmas at the Smoky Mountain Opry. Locally she has been seen with Servant Stage Company, PRiMA Theatre Company, The Magic and Wonder Show, and as a back-up dancer for Weird Al Yankovic at The American Music Theatre. Andrea feels very blessed and grateful to God that she has been living out her dream of dancing and sharing the joy of dance with others! When not teaching, Andrea is usually having fun and dancing with her husband(Wally), their two daughters(Joyanna & Juliet), and their two cats(Fred & Ginger). Psalms 149:3 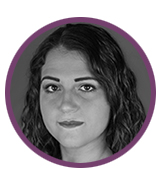 Nicole Monville received a Bachelor of the Arts in Dance with a minor in Film and Media Studies from Slippery Rock University of Pennsylvania. Currently Nicole is an adjunct dance professor at Lancaster Bible College teaching jazz. Nicole is also traveling the country as an adjudicator for Celebration Talent Competition and Legacy Dance Championships. In addition to judging, directing, and teaching at LBC, Nicole is a dance educator for local dance programs, as well as traveling to teach guest artist classes and
at summer intensive programs. Nicole is also a co-director and choreographer for Premiere Danse Academy’s TEAM. Nicole is the founder/director of Catalyst Dance Company; a contemporary dance company whose purpose is to initiate change, evoke thought, and create opportunities through art in the community. Her choreography has been nominated for various awards and presented in festivals in Pittsburgh and Lancaster. Her choreography “insta.BOND” for newMOVES Contempoary Dance Festival was named one of the eight most affective dance performances of Pittsburgh alongside other artists and companies such as Tyce Diorio and Pittsburgh Ballet Theatre. Nicole has worked with many artists and companies such as Exhalations Dance Theatre at Millennium Dance Complex Pittsburgh, where she was a resident choreographer and dancer. She has also worked with Pearlann Porter at The Space Upstairs with the Pillow Project in Pittsburgh as a performer and an intern, as well as Jump Rhythm Jazz Project, Tara Madsen, Ursula Payne, and Cindy Nehr. 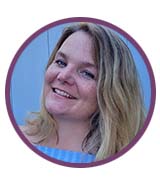 Megan Roland has been dancing since the age of 4, focusing on the study of ballet, jazz and modern, with an emphasis on Horton technique. She performed in the Philly Area and competed in many local and national dance competitions. She studied at Joanna’s Studio of Dance and The Ballet Center under Joanna Gargano, Norma Frumento, Philip Carmen and Marion Tonner at the pre-professional level. She taught for over 10 years in the Philadelphia Area, and was assistant director at Joanna’s Studio of Dance. After relocating to Lancaster in 1997, Megan taught at Lancaster School of Ballet and was a guest teacher at The New Movement Center. She is an original member of the Grant Street Dance Company, performing with the company for over 10 years. This will be Megan‘s 10th year teaching at Premiere Danse Academy and fifth year with Premiere’s TEAM. Her choreography has been seen throughout the community including at The Lancaster Barnstorms and Theater of the Seventh Sisters, Barbara Barden Series. Megan has a Bachelor’s Degree in Health Sciences and a Master’s Degree in Physical Therapy and is a pediatric physical therapist at The Schreiber Center for Pediatric Development where she started "Kids In Motion", a program to improve strength and flexibility through the basics of Ballet, Tap, and Creative Movement. She believes anyone can dance and have fun! 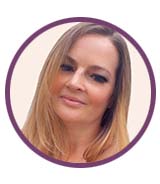 Lakisha Welch truly adores the wonder of theatre and education! A native of Lancaster, she has appeared locally in productions at the Fulton Theatre, EPAC, Theatre of the Seventh Sister and Mulberry Art Studios among others. In addition to regional and community theatre, she has performed in some fun shows such as the Philly Fringe Festival with Rev9 Dance Company and the ABC Thanksgiving Day Parade. At McCaskey High School, Lakisha teaches Theatre I-IV, International Baccalaureate Theatre and Intro to Dance Technique. Lakisha attended James Madison University as a Musical Theatre major and holds a Bachelor of Secondary Education in English from Millersville University. Subsequently, Mrs. Welch completed the Pennsylvania Literacy Network program through The University of Pennsylvania and holds a Master’s Degree in Curriculum Design and Instruction from Concordia University. Over the last twenty years, Lakisha has taught Creative Dance, Ballet, Tap, Jazz, Tumbling, Musical Theatre and Voice at several Lancaster studios. Additionally, she has either directed, choreographed, written, produced, costumed, designed props (or any combination thereof) for local high schools including McCaskey, Hempfield, Penn Manor, Manheim Central and Lampeter-Strasburg. She also enjoys spending her summers as a Teaching Artist at the Fulton Theatre putting up musicals with teens from across the PA, NJ, DE, MD area! When Lakisha’s daughter was old enough to start taking dance, she enrolled her in classes at Premiere Danse Academy; Lakisha is thrilled to join the staff here at Premiere! Mrs. Welch would like to extend eternal gratitude to all members of the Lancaster Theatre Family for the opportunities bestowed upon her and for keeping the fervor for theatre alive and timelessly mesmerizing in our community.

To dance brings joy. To create brings satisfaction. To teach and inspire makes the heart sing.

Dance Because You Love It | The Crossings at Rocky Springs, Lancaster, PA 17602© 2022 Premiere Danse, All Rights Reserved.